A real and present danger; battery fires in the recycling sector

A blog by Antonia Grey, BMRA’s Head of Policy and Public Affairs.

Emmet Fox, a 20th century ‘New Thought’ spiritual leader from Ireland, is supposed to have said: “A small spark can start a big fire.” While I am confident he was not talking about physical fires, he had a point. And in the case of battery fires in waste, he was spot on. It is no secret that the wider waste industry is currently beset by waste fires that undoubtedly have been caused by batteries that have been disposed of incorrectly.

While lithium-ion batteries are often the culprit, even 9-volt alkaline batteries can cause fires if disposed of carelessly. It is hard to know if it is simply lack of knowledge that is leading people to put their batteries in the wrong place, a lack of capability to dispose of them correctly (we don’t all live near an HWRC or supermarket) or, and forgive me for being cynical, because they just can’t be bothered as they find the whole effort just too much hard work. But even if consumers do have access to transport, it can still be confusing. Who takes what and what goes where? Can you put lithium-ion batteries in the battery tubes found in supermarkets or do they have to be disposed of elsewhere? In fact, some are too big to go in the battery take back tubes found in many a supermarket, so what then? What happens if the battery is still attached to the device or equipment?

If you can get to a HWRC, where do you put it? While most HWRCs have WEEE bins and battery containers, many  consumers just equate WEEE with metal and so, without paying heed to the signage, in the metal skip it goes. While a project is underway to develop clearer signage for HWRCs, which is to be welcomed, I think we really need to go back to the point of disposal. If people are hiding their batteries and small items of WEEE in either their recycling or residual bins because they cannot get to a disposal point, then we need to take action to solve this issue. 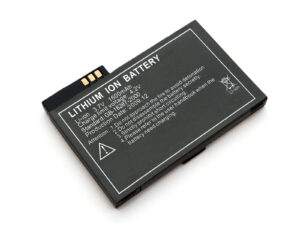 As expensive as it will be, perhaps it is time to roll out a kerbside pickup solution across all authorities. Every reduction in concealed or incorrectly disposed of batteries (or battery-containing WEEE) is a win. It may not be the preferred choice but I truly believe that, as far as possible, we have to take the householder out of the equation.

It is probably worth mentioning here that, in terms of battery-containing WEEE, an increasing number of retailers are beginning to install and openly promote their onsite recycling point and if we can get others to engage more fully, this may help resolve some of the issues; as long as the householder can get the WEEE and themselves to the shop that is.

We cannot, however, place all the blame on householders. Batteries are finding their way into the scrap supply chain and are not being removed. Yes, it is hard to spot the often black or silver batteries in a load of scrap, but it seems logical to assume, given the number of fires the sector is having, that batteries are deliberately being left in loads.

We need to start talking about reinvigorating takeback schemes so, like kegs and cylinders, batteries are segregated and stored safely, and the recycler is not forced to pay any costs towards disposal. Even though we all accept batteries should not be in scrap, while the issue is resolved, taking time to pick out and segregate batteries to protect the supply chain only makes sense.

In short, everyone in the supply chain has a role to play in tackling this serious issue. From the producers to the retailers, and from the householders to the metal recyclers. We all need to start working together to tackle this issue as we are all affected by this very real and present danger.

And a final note. Why don’t battery manufacturers colour them in a really visible shade such as day-glow pink so that they stand out like a sore thumb and make them impossible to miss? #justsaying