Green and bear it

A blog from Antonia Grey, BMRA's Head of Policy and Public Affairs

This week we have been celebrating Green Transport Week. A curious coincidence as I have just been researching hybrid cars as I am getting to the point where I need to replace my car. I had settled on a plug-in hybrid, not least because I knew there was a government grant which would cover the cost of installing a charging unit at home. Only, there isn’t. Without ceremony or fuss, on 14 June our supposedly Green Government has done away with the plug-in car grant scheme. This is despite having previously confirmed funding until 2022-23.

It claims that the grant has been so wildly successful that it is time to refocus funding towards the “main barriers to the EV transition, including public charging and supporting the purchase of other road vehicles.”

Hmmm. I am not sure that enabling the sale of nearly half a million electric cars in just over 10 years is wildly successful given some two million cars are sold in the UK every year. I agree that the public charging infrastructure needs improving but what is the point if the sale of electric cars takes a nosedive? Surely, the Government needs to do both if it is to meet its commitment to end the sale of petrol and diesel light-duty vehicles by 2030?

Since having assumed the Presidency of the COP26 last year, the Government has launched or promoted a slew of initiatives it claims will promote its green agenda. One, launched at the COP26, is the Clean Green Initiative (CGI), which is designed to help to scale-up public and private investment in quality, sustainable infrastructure globally.

Well, in my opinion, they need to look inwards before they cast aspersions elsewhere. It has already identified an issue around charging infrastructure, but the problems go far deeper than that. 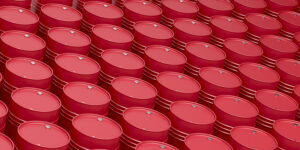 Take the metals recycling sector, for example. This year we lost our entitlement to use red diesel. One reason it was taken away from us is that the Government maintained that it would encourage us to adopt alternative options, such as electrified plant. Only, suitable electric alternatives do not yet exist for our sector. In addition, over a third of metal recycling sites are either not connected to The Grid or already cannot draw sufficient power to run what they need without adding more units.

We are hoping to address this access issue through Phase 3 of the Industrial Energy Transformation Fund (IETF) but there are significant hurdles to overcome, not least the number of reasons that a company can be excluded from the funding. Those trying to access Phase 2 funding, for example, could be hindered by their ‘intent’ to purchase new electrical plant to move towards decarbonising the operation. Applicants must show that without IETF support, they would not have replaced the equipment within five years of the application.

Given the loss of our red diesel exemption, it is highly likely that most operators will have looked at electrification and, even if suitable plant does not exist, that shows intent and might lead to rejection from the funding.

In short, if the UK truly wants to lead the way when it comes to all things green, it needs to get its own house in order. The Government needs to address the shortcomings of the National Grid and its associated infrastructure. It needs to ensure that the IETF is doing what it says on the tin – helping energy-intensive industries to transition to electrified plant (when it becomes available).

The first step, however, should be to reinstate the rebate for greener fuels, which it removed at the same time as it removed our entitlement to use red diesel. Now, I am not saying greener fuels such as HVO are a long-term solution but they will at the very least, provide a bridge until we do have plant that can stand up to the rigours of a metal recycling site.

And by the way, the second reason Government gave for removing our red diesel entitlement was to bring parity with other road users. Except, I have yet to see a 360-material handler trundling down the A1, unlike a tractor which can still be fuelled by red diesel!  Go figure.