Awards for Excellence in Recycling and Waste Management 2020. 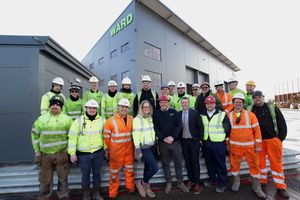 BMRA member, Ward, has been named as Metal Recycling Business of the Year at the Awards for Excellence in Recycling and Waste Management 2020.

The Awards, hosted by letsrecycle.com who celebrates its 20th anniversary this year, champion innovation, dedication and success across the waste management and recycling sectors.

The Metals Recycling Business of the Year category, sponsored by BMRA service member Liebherr Group, aims to recognise the work done by a metals recycling company in providing a thorough and consistent service for its customers, while exemplifying innovation, ongoing investment, good practice and contributing to a circular economy. 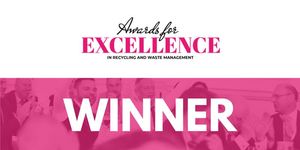 Donald Ward, Operations Director at Ward, said: “It is a huge honour to be recognised for such a distinguished award among our industry peers. It’s a real team effort and this goes a long way to reward the hard work and dedication by everyone within the Ward business.

“This has been a very challenging year for all businesses, but this event demonstrates the resilience of our industry and the continued investment and good practice by all the finalists of the Awards for Excellence during these difficult times. We’d like to thank letsrecycle.com for hosting the virtual awards and continuing to make events like this possible.”
The firm’s growing number of metal and waste processing sites and investment in machinery, plant and equipment at Immingham Dock contributed to the judges decision to award them the top prize for metal recycling.

As one of the most prestigious events in the environmental calendar, the Awards, usually held at London’s The Landmark Hotel, allow organisations a unique opportunity to gain industry recognition for their achievements and efforts in recycling, reuse and waste reduction. Although this year the awards were run via a virtual platform, it aimed to recreate an immersive environment which promoted networking and helped recognise the success still happening in the waste and recycling industry.