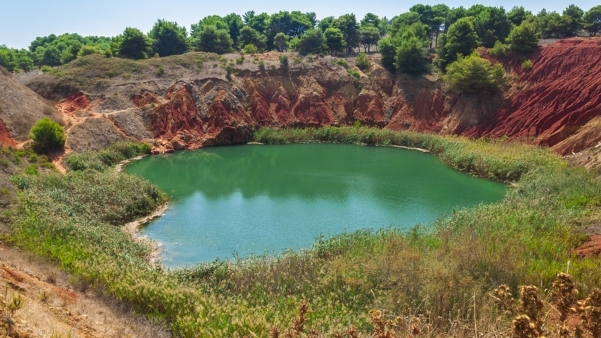 Where do metals come from?

BMRA is a proud supporter of the Bureau of International Recycling's (BIR) Global Recycling Day. Taking place on the 18 March, Global Recycling Day was created to help recognise, and celebrate, the importance recycling plays in preserving our precious primary resources and securing the future of our planet.  It is a Day for the world to come together, and put the planet first.

Its mission is two fold:

There are six major natural resources on the planet: water, air, coal, oil, natural gas and minerals. Now, recyclables have joined them, as the world’s Seventh Resource.

Without recycling, all our used and discarded fridges, plastic bottles, packing boxes, cars, cell phones and paper cups will contribute to the growing waste mountains, which are either incinerated or sent to landfill – never to be used again. Without recycling, we have no option but to continue stripping the earth of her finite virgin resources.

BMRA is keen to communicate the benefits of metal recycling for the environment and advocates the adoption of best practice across the metal recycling industry. We are please to be working with the World Land Trust (WLT), demonstrating our shared values and proving our commitment to environmental responsibility and our drive to promote the benefits of using secondary raw materials. In 2017, BMRA donated £5,000 to WLT’s Saving Kinabatangan Borneo Appeal to help fund the purchase and protection of parcels of rainforest along the Kinabatangan River in Malaysian Borneo for the wealth of wildlife that depends on this habitat.

As a naturalist, I have been to places where you can see, feel and hear the impact of global warming and deforestation. Given the environmental protection benefits and carbon dioxide emissions reductions associated with metal recycling, I find it heartening that groups such as the BMRA are joining the fight to raise awareness of the significant environmental issues our planet is facing. I am particularly pleased that the Association has chosen to support our WLT Borneo Appeal, which is a project that is very important to me.

In 2022 the BMRA is supporting the 2041 ClimateForce Antarctica Expedition 2022, further raising awareness of metal recycling’s contribution to the earth’s sustainability and the UK achieving a net zero society by 2050 as announced at COP26.

The 2041 ClimateForce Antarctica Expedition 2022’s aim is for participants to be equipped to educate others on the urgency of the current climate crisis through leadership development, up-to-date climate change training, and sustainability education. Flying the flag for the BMRA is Cambridgeshire-based Caroline Marriage, who joins participants from around the world during the expedition which takes place between 17 – 28 March 2022.

Caroline said: “The expedition is a unique opportunity to learn from experts in the world of climate change and sustainability whilst seeing first-hand the impact of climate change on the landscape and wildlife of Antarctica: the last untouched piece of the globe.”

James Kelly, CEO, BMRA said: “Given that metal is 100% recyclable and a permanent resource, its contribution to lowering emissions and the journey to net zero is unmatched. It contributes to the circular economy, avoiding landfill and is proven to reduce CO2, and the usage of energy and raw materials. We are delighted to support Caroline in her expedition.”

The preservation of Antarctica and raising awareness of climate change has been a lifelong mission for the Expedition's organisers, polar explorer Robert Swan OBE and his son Barney, founders of the 2041 Foundation. The Madrid protocol, part of the Antarctica Treaty, prohibits mining in Antarctica for any reason other than scientific research.  However, the mining ban could be reversed as early as 2048 which would open up Antarctica for commercialisation and exploitation.  Ironically, as climate change takes hold and temperatures increase it may actually make mineral deposits, thought to be under the ice, easier to extract.

Caroline added: “The work of the BMRA to promote recycling of metals that are already in circulation is key for the ongoing sustainable use of materials and the fight against climate change. I am excited to have the opportunity to work alongside them, raising awareness of the need for recycling of our planet's precious resources and its value in preventing further destruction of our natural landscapes as well as reducing the carbon emissions from metal manufacture.”

Keep abreast of Caroline’s adventures on the expedition here: https://csmarriage.wixsite.com/2041

Sunset dates for metal from Terresacree.org

of copper produced since the 1900s is still in use

of all aluminium produced is still in use