Have you been the victim of metal theft?

An article by BP Collins 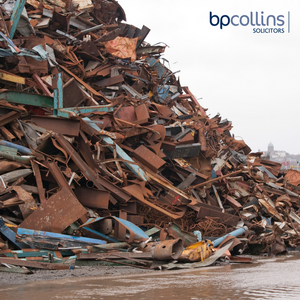 Since 2019, data collected via the ONS and PND shows that the theft of metal has been growing at a frightening rate. While no metal is safe, copper and lead are the two metals most targeted by thieves due to their resale value.

The types of properties most targeted include:

The enforcement, prevention and prosecution of metal theft are split across the police, local councils and Environment Agency. In recent years there have been a growing number of cases where the police or Crown Prosecution Service (CPS) have been over cautious in their decisions not to lay charges leaving the victims with both an often-huge cost to repair the damage caused and a sense of injustice.

In many cases the police and CPS provide little or no reasons for the decision and often the rights to the victim are not communicated to them. The police may say that no charges will follow given the lack of evidence. This is a common excuse and, in some cases can simply mean that the police do not have sufficient resources to follow up enquiries and invest the appropriate time the case needs.

On many occasions when the decisions are scrutinised and the authorities are held to account it becomes apparent that there has been an inadequate investigation and/or misapplication of both the relevant offences available to an incident and rules of evidence.

Victims of offences have a right under the Victims’ Right to Review (VRR) scheme to seek a review of certain CPS decisions not to start a prosecution or to stop one. The scheme was introduced in 2013 and the scheme is not retrospective meaning offences need to have occurred after 5 June 2013.

A victim for the purpose of the VRR scheme is described as ‘a person who has made an allegation that they have suffered harm, including physical harm, mental or emotional harm or economic loss which was directly caused by criminal conduct.’

When a request to review is made through the VRR it is usually considered by the local CPS who made the original decision. A further review is possible under the CPS Appeals and Review Unit which would be independent to the original decision-making area. If a new decision is reached it may be appropriate for the CPS to initiate criminal proceedings.

Requests through the VRR should be made within 10 working days of receiving the CPS decision letter. Requests can be made after the 10 days but may impact negatively the decision-making process.

Following the conclusion of the VRR process if the victim is still not satisfied with the outcome they should consider the merits of applying to the High Court for a judicial review decision.

The resale and availability of commonly used metals will always make metal theft a highly prized activity. The only way to decrease it is to try to prevent your property by taking appropriate security measures through; installing intruder alarms, monitored CCTV, concrete blocks to slow intrusion and 24-hour security and pursuing the police to charge offenders so it is not seen as an ‘easy offence to get away with.’

If you have been the victim of metal theft which has been reported to the police and taken no further we would like to hear from you as we can review the evidence and utilise the safeguards available to victims where flawed decisions have been made.