Banning exports is not the panacea for waste crime

A blog from Antonia Grey, BMRA's Head of Policy and Public Affairs 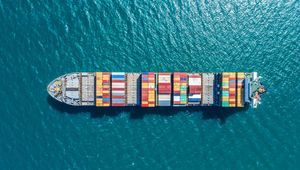 When the Chief Executive of the Environment Agency posited that a solution to tackle waste crime would to end all waste exports, my jaw fell firmly to the floor. And I suspect that I wasn’t the only one on the webinar on waste crime who found themselves in such a predicament.

In a somewhat startling statement Sir James Bevan said: “I think we should set ourselves the challenge of getting as soon as possible to a position where we process all our waste at home and end all waste exports.”

He suggested not only would this move end the reputational damage being caused to the UK through illegal export, but also it would effectively close the door on waste criminals.  It would also drive more recycling and greater innovation.

For some time now, the British Metals Recycling Association (BMRA) has been working with different universities and other groups that are all looking at how the UK should be using more scrap metal while at the same time improving its quality. Time after time, we have found ourselves pushing back on the idea that impediments to exports should be examined by repeating four simple, yet key, facts:

While there is always room for innovation in every industry, to suggest that banning exports would drive both recycling and innovation is not true. Firstly, we are already very good at recycling metal. Secondly, the value of many metals is generally increasing, and it is this that is driving innovation. In fact, a ban could actually stifle or harm innovation in the short term because innovation takes money and if you can’t sell your scrap, how do you fund innovation and new technology?

It is a shame that, once again, legitimate companies are firmly in the crosshairs of regulators and legislators. Rather than tackle illegal operators by properly funding enforcement activities, including greater scrutiny at the border, Sir James’ is solution is to go after the known knowns. As well as being impractical, banning the export of globally traded commodities would be detrimental to the economy.

What would drive both innovation and technology would be for the Government to recognized that processed scrap metal is a recycled raw material and most definitely not waste. The very definition of ‘waste’ makes this clear it being a ‘material, substance, or by-product that is discarded as no longer useful or required after the completion of a process’. Scrap metal is neither an unwanted nor unusable material.