How education is more important than ever 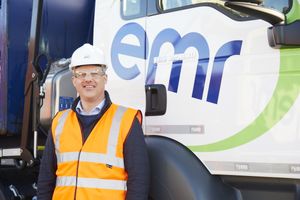 The UK is undergoing a social and technological revolution as businesses and governments work towards building a lower-carbon, more environmentally-friendly country. This Global Recycling Day, BMRA member EMR’s Managing Director of Metal Recycling, Ian Sheppard, illustrates how education on the benefits of recycling is more important than ever:

The recycling industry finds itself at the heart of this journey towards a sustainable society and at EMR we take our responsibility to help deliver the circular economy seriously. That’s why last year we launched ‘Our Decade of Action’ strategy which sets an ambitious target to become fully net-zero by 2040 and outlines the real-world changes we are undertaking to get there.

But do people in Britain understand the importance of recycling? Last month, we teamed up with YouGov to find out more about British attitudes to recycling, knowledge about the recycling industry, and what assistance they would like in improving their own recycling efforts.

YouGov surveyed more than 2,000 people over the age of 18 and one of the starkest findings was the generational divide in knowledge about recycling. While young people have been described as ‘Generation Greta’ due to their support for environmental campaigner Greta Thunberg and protest groups such as Extinction Rebellion, the YouGov survey shows there is work to do to grow young people’s awareness of recycling.

For example, while 89 percent of 45 to 54-year-olds, and 88 percent of those aged 55 and above, were aware that metals can be reused and recycled, this awareness drops to 65 percent among 18 to 24-year-olds.

The trend is mirrored in areas such as batteries where 74 percent of people over 55 were aware that they can be recycled, falling to 51 percent for those aged 18 to 24.

Even with clothing – where manufacturers have attracted much criticism for so-called “fast fashion” – there is a similar disparity. The oldest age group were most aware of the recyclability of clothes (94 percent) with the youngest least aware (68 percent).

While home ownership and greater life experience might explain some of this difference, it also suggests that our education system is not providing young people with enough understanding about our industry and the role recycling will play in turning their sustainable aspirations into a deliverable, sustainable world.

And that’s not to let us off the hook: as a leading player in this industry, EMR must also play its part in educating consumers about modern recycling too.

While there is a clear generational divide in knowledge about recycling, there is widespread agreement about where responsibility lies for ensuring waste can be processed for recycling.

Asked to pick who was responsible for separating waste items for recycling, the majority of each group (when split by age, income, gender and region) stated that, as the consumer, it should be up to them to sort waste items. This compares to less than half of respondents (46 percent) who identified waste management companies as bearing the responsibility.

This highlights how people in the UK not only want to play an active role in building a more circular economy, but also feel it is their duty to do so.

So how can EMR fulfil its role of educating younger generations on the importance of recycling? Our habits are formed at a young age, so when it comes to education it helps to introduce conversations around recycling as soon as possible. EMR’s key stage two Recyclabots programme, delivered in partnership with Currys PC World, was developed to teach Primary School children about recycling.

Having usually been delivered with interactive sessions in schools, resources were made available online to support parents with home schooling during the COVID-19 pandemic.

In teaching children about the versatile properties of metals and their endless life spans, we aim to encourage recycling habits which young people can take with them into their adult lives. Something which will hopefully reduce the disparity highlighted in the YouGov survey.

Ultimately, we must all get involved. Recyclers, government organisations and the education system all play a vital role in ensuring that recycling becomes a day-to-day habit in households across the UK. At EMR we will continue to use our position at the heart of local communities to encourage conversations around sustainable practices.