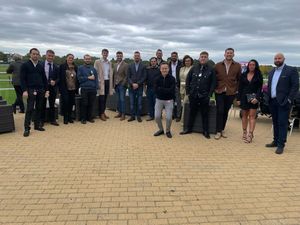 It was thoroughly enjoyed by everyone that attended despite that few won any money. An exception must be made for Lewis Stanley of CSS Recycling who struck gold on race 7 winning a cool £140. It was also great to see the royal colours flash past the winning post in first place as Just Fine won the feature race of the day, The Kube – Leicester’s Premier Event Hire Venue Handicap Stakes for The King.

Allin-all, it was a great day for the YBMR that may very well be repeated on an annual basis – watch this space!